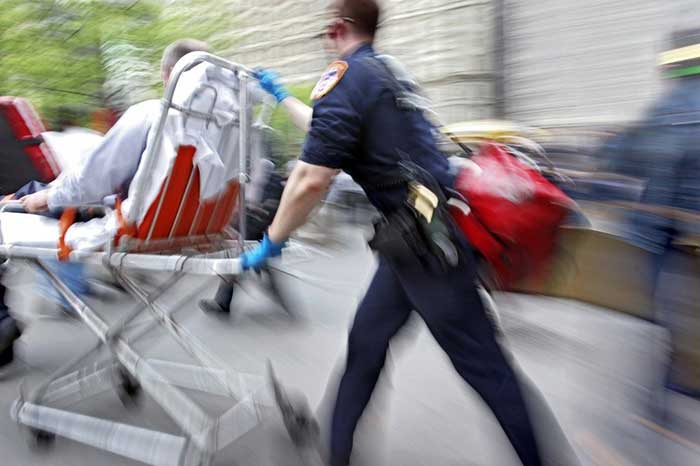 A deadly car accident caused two New York residents to lose their lives early on the morning of September 12, 2014, according to a report. The police stated that a small car collided with a barrier and launched into the air, before slamming into a tree and nearly being split in half. The accident occurred at 4:15 a.m. on the Bronx River Parkway, authorities said.

After splitting in half, the wreckage burst into flames, which resulted in the death of one of the passengers. The driver and another passenger were transported to the hospital, where one of them died and the other was in critical condition. According to the police, speed was a factor in the crash.

If you or someone you love has been injured in an automobile accident and you believe the injuries were someone else’s fault, do not hesitate to contact a Brooklyn accident attorney at Peters, Berger, Koshel & Goldberg P.C. at 718-596-7800 or 1-800-836-7801. You may be entitled to compensation for you or your loved one’s pain, suffering, and other injuries.

Negligent and/or Reckless Driving Can Lead to Large Damages

When New York drivers break the speeding laws as in the case discussed above, they are, at a minimum, acting negligently. Negligence means that a driver’s conduct falls below the standard of care that should be used by a reasonable driver in the same or similar circumstances. When the driver’s actions are the actual and legal cause of the victim’s injuries, liability will be imposed. Further, higher damages can be expected when the driver’s conduct rises to the level of recklessness, which means that the driver knew (or should have known) that his or her conduct was likely to cause injury. Once the facts show that the driver was negligent or reckless in his or her driving and the driver’s conduct led to your injuries, damages for pain, suffering, medical bills and other physical and emotional injuries can reach thousands or millions of dollars (depending on whether or not there are statutory caps).

Always keep in mind that New York has comparative negligence laws that offset the available recovery in an auto accident case. Therefore, if you were intoxicated at the time of the accident or a jury finds that you were looking the other way when two cars collided, you may be entitled to fewer damages. However, a skilled Brooklyn accident attorney will drill down on the facts and fight to ensure that you receive the maximum compensation available to you under the law.

A Brooklyn Accident Attorney Can Help You Recover for Damages

Auto Accident cases always involve factual disputes, and witnesses often have difficulty remembering exactly what they saw. Therefore, you need an attorney who is skilled at asking the questions that will cause those individuals to recall the pertinent facts that will show the other driver was at fault for your injuries. This type of accident reconstruction involves exactly the types of direct and circumstantial evidence you will need to win your case. Contact a skilled Brooklyn accident attorney at Peters, Berger, Koshel & Goldberg P.C. at 718-596-7800 or 1-800-836-7801 who will fight for your rights and ensure that you receive maximum compensation for all injuries you have suffered. We understand that you are at a time of loss and distress, and will work with you to help make you whole.