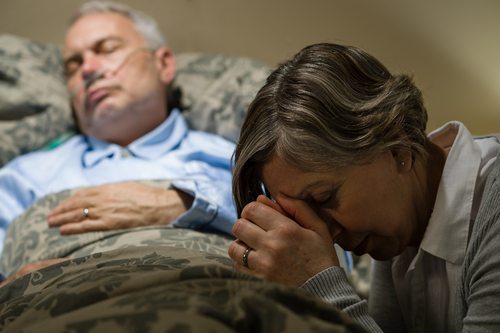 According to a recent paper published in the JAMA, Lyme misdiagnosis may lead to delayed cancer diagnosis in a patient. Lyme disease is a bacterium transmitted to humans through bites of infected ticks. According to the Centers for Disease Control and Prevention, symptoms include fever, headache, fatigue, and a characteristic skin rash called erythema migrans, and the disease can spread to the joints, heart, and nervous system if left untreated. Lyme disease is common in the Northeast. In 2013, the CDC estimated that 95% of confirmed Lyme disease cases occurred in just 14 states—most of which were in the Northeast, including New York, New Jersey, and Connecticut.

The report in the JAMA Internal Medicine looked at three cases where the diagnoses of the patients’ actual conditions were delayed because of a cancer misdiagnosis. Lawyers experienced in handling medical cases such as these are essential in making sure patients are taken care of. In one case, a 30-year-old man had a 12-year history of joint pain and memory loss, as well as 2 years of paresthesias in both hands. During a telephone conversation, a physician diagnosed the man with Lyme disease despite negative Lyme serologic test results.

Two months later, the physician had an in-person evaluation with the patient and continued prescribing antibiotic treatments. The patient’s condition, however, continued to worsen. Eventually, the patient met with another physician who diagnosed the man with a tumor. Due to the late diagnosis, only a portion of the tumor could be removed and the patient has permanent facial damage, as well as other symptoms, including joint pain and sleep apnea. Unfortunately, the patient endured unnecessary illness and delay inappropriate treatment due to the initial doctor error. Lawyers trained in these types of medical malpractice cases will help patients get appropriately rewarded for pain, loss, and suffering.

The New England Center for Investigative Reporting discussed the report findings Lyme disease misdiagnosis and asserted that federally approved tests for Lyme disease do not always detect the illness. And, to make it more difficult, Lyme disease symptoms are similar to many other ailments. Consequently, according to the article, “health professionals diagnose the disease using unproven tests or their own judgment.” Time is of the essence when treating potentially life-threatening diseases. Hiring an experienced doctor error lawyer is key once medical malpractice is discovered.

A Doctor Error Lawyer & A Second Opinion Are Crucial

The CDC recognizes the likelihood of a Lyme disease misdiagnosis because it has a section on its website titled, “Feeling Worse After Treatment? Maybe It’s Not Lyme Disease.” The CDC encourages those who have received treatment for Lyme disease but still do not feel better, to seek a second opinion. Once you have contacted a second opinion doctor, contact a doctor error lawyer to make sure that this does not happen to another patient.

If you or a loved has received a misdiagnosis from your doctor or medical provider, you should reach out to a cancer misdiagnosis lawyer who can help you understand your rights. Peters Berger Koshel & Goldberg, P.C.’s New York misdiagnosis lawyers have extensive experience helping victims of misdiagnosis obtain compensation for their injuries.

A Florida woman has sued a Florida hospital that falsely diagnosed her with cancer, leading to the removal of a section of her rectum. Scary…

Nearly 200,000 women are diagnosed with breast cancer every year resulting in 40,000 deaths annually. In many cases, the disease could have been…